It may seem somewhat incongruous to take some time on vacation and visit a memorial commemorating six million murders, but after doing so I think it may be almost impossible to understand Israel without going to the Holocaust Museum in Jerusalem. It is a sobering experience. 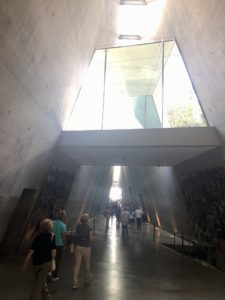 I was pretty familiar with the details of the Holocaust. I had read stories and books about it, and I have seen pictures of its horrors. To be honest, I felt like there was not much I could learn that I wasn’t already aware of. But the museum documents and displays every aspect of the Holocaust and the systemic execution of six million people in such a way that it is impossible to walk through it unchanged. Yes, it was the story of man’s inhumanity to man; yes it was tragedy on a cosmic scale; but more than that, it was six million individual tragedies, the stories of neighbors and loved ones and families who were torn apart or destroyed. It put names and faces onto the vast, unimaginable statistics.. 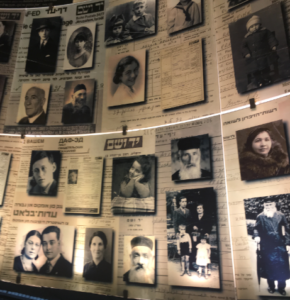 It reminded us of the interrupted vacations and weddings, of families torn apart, and of cruelty visited upon people who did not anticipate it or deserve it. The children’s Memorial spoke eloquently of what some would like history to forget: among the six million killed, there were 1.5 MILLION children lost to their parents, to the world, to the future. To us. 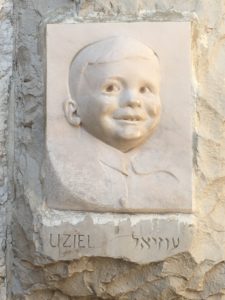 As heart-rending it is to think of the children, every story from the Holocaust is important. The people and families behind them are important, and they shine like lights in the darkness, calling all of us to remember, and to be accountable. As painful as it is to remember, it would be even more tragic to forget. Having been jarred to reality in the midst of a bucket list vacation, I stand with Israel, and with Israel I say: Never forget. Never again. 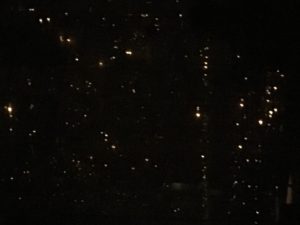 “Pray for the peace of Jerusalem: they shall prosper that love thee.” (Psalm 122:6, KJV)

A Reflection After Visiting the Holocaust Museum and Memorial