It is a cool, perfect morning in Tuscany. The pale blue sky has been accented with wisps of clouds by some Artist’s technique that surpass even those of Michelangelo and Botticelli. Birds are singing cheerfully, for they will be staying home in Tuscany to revel in the blooms and rebirth of Springtime in Cortona. It’s interesting, the way the birds sing because it fits the atmosphere so perfectly– their melodious songs are not shrill or in conflict, but they seem to be designed to enhance the air of tranquility that we breathe here each morning. Each call hangs gracefully in the air as it blesses the ear, then leaves spaces for an answering complimentary series of notes that sing, “peace, peace” to all who listen. The first thing I saw out the window this morning was Buddy and Susan’s luggage out in front on the Villa, awaiting the driver taking them to catch a train to Rome. For some reason the sight of Buddy’s snappy straw hat sitting on top of the bags in the driveway accentuates my sadness over leaving. Each day he has announced a winner of the “hat contest”, of which he is the originator and for which he has been the sole judge. The judges’ decision each day has been dictatorial and final, and to be honest, somewhat capricious. I do not denigrate the hat contest because I never won a single day, nor do I second guess the judge’s decisions… But it was clear, as we waited breathlessly for the results to be announced each day, that I was going to finish at the bottom of the hat wearers, foiled each time by some small detail or new entrant. And one day, actually, my HAT won, but alas! I had loaned it to Brian that day… In the last announcement for the hat contest last night, after our Tuscan cooking class, Buddy announced the results of the final day, retiring the trophy to the Smiths, who had won three times. But then he added a “sportsmanship” award, given to the participant who, although he lacked talent, size, or speed, continued to compete with others better equipped and worthier than he. Imagine (as our Italian guides have said, Ih-MAY-gine) my surprise when I won! The prize was a straw hat Buddy bought from a street vendor in Pompeii, which I will treasure. The hat contest was just one of Buddy’s contributions to our trip, which was not only about Italy but was also about fellowship. We have a fairly diverse group who came together to explore Tuscany, and it has been fun to get to know them. Traveling in a larger group (even one full of Christian folks) can be dramatic or exasperating, but this band of tourists has honestly been a delight. The Villa Laura has been a place effective at promoting good conversation and goodwill. Francesco and Christiano, our chefs who were originally taught by their grandmothers, gave us a cooking lesson last night. After finishing our pizza and tiramisu, our group went into the Chapel and sang some hymns. Many of us had sung in choirs, or just sung in the shower, but as we sang together, magic happened. Harmonies were captured and interwoven, choruses were blended ethereally, and for a few minutes we were the songbirds of Villa Laura, complete with complimentary melodies that lifted us out of that chapel into other realms. For a few minutes, we were blessed with a very small glimpse of heaven, where our happy, harmonious voices will be lifted together in praise. I am not an artificially devout man (probably am not devout enough for lots of Christians who are), but those minutes we spent singing some great hymns of the past together in the chapel will stay with me as inspiration and encouragement. I know today’s modern churches have left hymns behind in favor of more contemporary sound, but I’m just gonna say it here: they have lost something important, and they don’t even know how much they are missing! It is sad to leave greatness behind. Seeing Buddy and Susan’s luggage reminds me that they are leaving to catch a train to Rome. From what we have learned about traveling in Italy, this is bound to be an adventure. Our eclectic band of fellow travelers will all be starting new adventures today, but I take solace in my last time hearing the songbirds of Villa Laura, knowing that as sad as it is to leave greatness behind, it is awesome to know beyond a doubt that there are even greater adventures ahead. 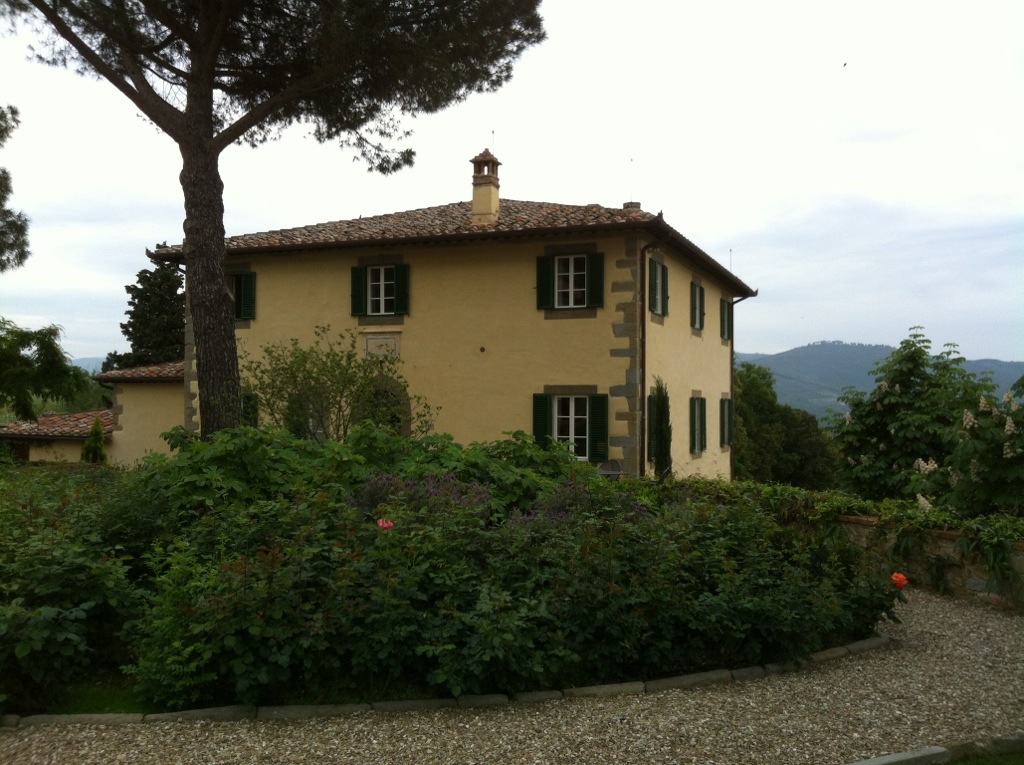