Notice: Function amp_is_available was called incorrectly. `amp_is_available()` (or `amp_is_request()`, formerly `is_amp_endpoint()`) was called too early and so it will not work properly. WordPress is currently doing the `init` hook. Calling this function before the `wp` action means it will not have access to `WP_Query` and the queried object to determine if it is an AMP response, thus neither the `amp_skip_post()` filter nor the AMP enabled toggle will be considered. It appears the plugin with slug `jetpack` is responsible; please contact the author. Please see Debugging in WordPress for more information. (This message was added in version 2.0.0.) in /var/www/wp-includes/functions.php on line 5835
 Preaching What People Need, Instead of Preaching What They Want – The Original Bo Jackson | Christian Daily Devotionals
Skip to content 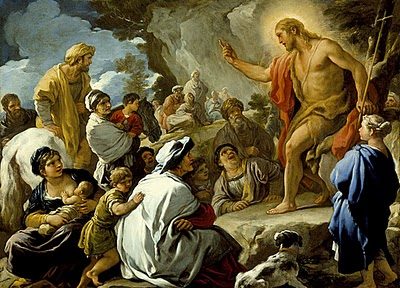 When John the Baptist heralded the coming Messiah, he was preaching a pretty simple sermon. Apparently, it was pretty hard to follow. Even though crowds came out to hear him, there was confrontation with the Pharisees and controversy about his methods.

“In those days John the Baptist came, preaching in the wilderness of Judea and saying, “Repent, for the kingdom of heaven has come near.” This is he who was spoken of through the prophet Isaiah: “A voice of one calling in the wilderness, ‘Prepare the way for the Lord, make straight paths for him.’ ” (Matthew 3:1-3 NIV) John the Baptist was a fascinating character. He didn’t approach religion the same way the established teachers did.

Not Your Average Rabbi

His sermons were direct, convicting, and powerful, full of exhortations and pointed advice about reform. In his preaching he called the religious Pharisees a “brood of vipers”! He challenged his listeners to humble themselves before God, confess their sin, and turn away from it. He didn’t teach in the Temple in Jerusalem, as did the outstanding Rabbis of the day. John lived out in the wilderness, preaching far away from the centers of commerce and power. He dressed in rustic simplicity and ate locusts and wild honey. Farm to table restaurants are in vogue now, but John was more natural than that: he went straight up wilderness to table.

John the Baptist didn’t unpack Scripture, he exhorted people with it. He challenged the status quo. John prophesied. In spite of his apparent eccentricity, large crowds came out to hear him preach and many stepped forward to take the radical step of baptism, signifying that they hungered to commit to the Lord in a new way. When asked who he was, he quoted Isaiah 40:3: “He said: “I am ‘The voice of one crying in the wilderness: “Make straight the way of the Lord.”

Not What Everyone Expected

Although he was sent to prepare the way of the Lord, his message was simple: “REPENT, for the kingdom of heaven has come near!” John didn’t call for the overthrow of government, no matter how much they hated Roman occupation. He didn’t call for a new building. And he didn’t advocate revolution or reformation to prepare for the Kingdom. He called for personal repentance.

He knew that for the kingdom of heaven to be present anywhere, it first had to be present in the hearts of those who hungered to see it. Is it present in yours? I think we all avoid repentance a little bit, and associate it with wild-eyed Mystics holding signs by the road. But probably, if you’re honest, you are doing something in your life that is taking you down the wrong path–something motivated by pride, or selfishness, or greed…

If John the Baptist showed up in your neighborhood, would you go listen? Would you like his preaching? Would you repent? The very Kingdom of Heaven is waiting! Confess. Turn away from your sin. Make straight the path of the Lord.

Of all the sermons ever preached,
From all the sinners ever reached,
There’s just one message you should hear,
So let me make this crystal clear:
(Jesus preached this, so did Paul;
Stephen, Peter, really all
Great preachers throughout history
Have emphasized this mystery.)
Every preacher God has sent
Said this: Repent. Repent. REPENT!
I’m pretty sure that’s what they meant.