Notice: Function amp_is_available was called incorrectly. `amp_is_available()` (or `amp_is_request()`, formerly `is_amp_endpoint()`) was called too early and so it will not work properly. WordPress is currently doing the `init` hook. Calling this function before the `wp` action means it will not have access to `WP_Query` and the queried object to determine if it is an AMP response, thus neither the `amp_skip_post()` filter nor the AMP enabled toggle will be considered. It appears the plugin with slug `jetpack` is responsible; please contact the author. Please see Debugging in WordPress for more information. (This message was added in version 2.0.0.) in /var/www/wp-includes/functions.php on line 5835
 Destruction Draws Us Inevitably Like Moths to a Flame – The Original Bo Jackson | Christian Daily Devotionals
Skip to content 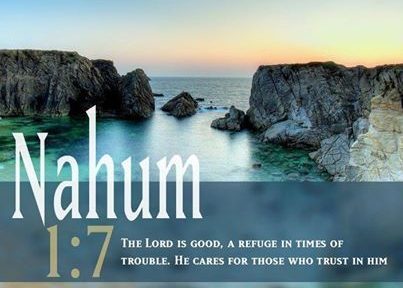 The Minor prophets preached about gloom and doom., reminding their audiences that people who worshipped idols and thumbed their noses at God were headed for trouble of the worst kind. If you read their warnings, it seems like we humans can’t avoid the destruction God’s holy wrath will bring.

Is God just really mean, or that sin is just really deadly? The prophets provide certain generations warnings about the cycle of sin and destruction. But if you consider the number of messages they preached, it makes you realize that perhaps their warnings are for ALL generations. Sin is deadly. It always brings destruction. As we go through life doing what we want, we keep giving in to temptation, being drawn into sin like a moth to a flame…

“The Lord is good, a refuge in times of trouble. He cares for those who trust in him…” (Nahum 1:7, NIV) Nahum is mainly full of dire predictions about Nineveh’s coming destruction. Remember the story of Jonah, and how he didn’t want to preach to Nineveh, and got bent out of shape when they were spared from Judgement? Well, apparently the sweeping repentance that happened as a result of Jonah’s preaching there (Jonah 3:10) didn’t last forever.

The More Things Change, the More They Stay the Same

Jonah went to Nineveh around 760 BC, and 100 years later they were back to their adulterous, idolatrous, wicked ways. (Nahum calls her a wanton, lustful harlot, and decries her carved images and temple idols; they have forgotten their sackcloth and ashes, and fallen back into the corrupt pagan practices that had been their downfall just two generations ago…). Apparently the Lord still wanted people to follow him, not just to escape judgement but to find fulfillment.

Nineveh was spared once before, but returned to sin like a moth to the flame. They probably didn’t want to at first, but they just couldn’t help themselves. Even though Nahum says “the Lord is slow to anger” in 1:3, He had finally reached the end of His patience with this cruel pagan city, and Nahum says His justice was going to fall upon them like a consuming fire (3:15) or an overflowing flood. (1:8)

And yet, in the midst of this ultimate prediction of destruction, there is a reminder that the Lord “cares for those who trust in him”. There is an affirmation that God is good. And there is the promise that he is a refuge in times of trouble. Nahum is preaching about the coming destruction, and within his sermon there is also the promise of refuge to “those who trust in him”.

The Equation That Never Changes

I get the feeling that even now at the eleventh hour, even as the wheels of justice are being set in motion to grind Nineveh to dust, there is an extended offer of hope. God is amazingly consistent like that, and there is a simple equation that holds true about God’s character that never changes: When we turn arrogance towards the Lord, we will always encounter a righteous judge; when we turn repentance towards the Lord, we will always find a comforting refuge. Nahum’s prediction of judgment is inexorable, but so is God’s promise of goodness and grace. The variable in this equation is us.

The Variable in the Equation

Is it just that God is cruel, and loves to hate the sinner?
Does he hate mankind so much that He must be the winner?
Or could it be that God is loving, offering us His grace,
And calling us to refuge from the midst of our disgrace?
Sin is deadly, offering sinners nothing but destruction,
And yet God offers grace if we will follow His instruction.

Here’s a simple way to see if you are on His path,
And this is always true no matter how you do the math:
If we choose rebellious sin, then judgment’s sure to fall;
But if we all repent, then God will offer grace to all.
The God of love and light cannot abide malignant sin,
But offers you His grace and love, no matter where you’ve been.
Question God if you desire: debate, discuss, and cuss–
But He remains the same. The only variable is US.