Notice: Function amp_is_available was called incorrectly. `amp_is_available()` (or `amp_is_request()`, formerly `is_amp_endpoint()`) was called too early and so it will not work properly. WordPress is currently doing the `init` hook. Calling this function before the `wp` action means it will not have access to `WP_Query` and the queried object to determine if it is an AMP response, thus neither the `amp_skip_post()` filter nor the AMP enabled toggle will be considered. It appears the plugin with slug `jetpack` is responsible; please contact the author. Please see Debugging in WordPress for more information. (This message was added in version 2.0.0.) in /var/www/wp-includes/functions.php on line 5835
 Christmas Untold: The REST of the Story of Fear, Flight and Faith – The Original Bo Jackson | Christian Daily Devotionals
Skip to content 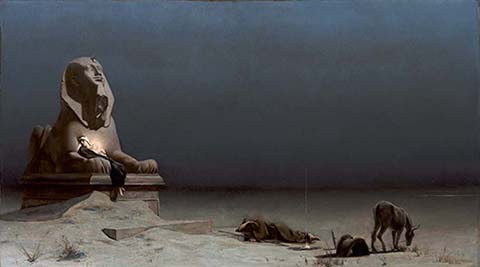 After you have celebrated the Nativity scene, considered the angels’ announcement, and are anticipating the birth of Jesus, it is time to think about what Christmas was all about for Mary and Joseph. Yes, there were the messengers who came, but there was more to come from his time in Bethlehem than the stable and the manger.
“When they had gone, an angel of the Lord appeared to Joseph in a dream. “Get up,” he said, “take the child and his mother and escape to Egypt. Stay there until I tell you, for Herod is going to search for the child to kill him.”

So he got up, took the child and his mother during the night and left for Egypt, where he stayed until the death of Herod. And so was fulfilled what the Lord had said through the prophet: “Out of Egypt I called my son.” (Matthew 2:12-15, NIV).

The Christmas story doesn’t end with the Nativity. It begins there. For Joseph and Mary, it meant a hasty departure under cover of darkness to a strange land. It meant hard travel in open country with a young mother and an infant whom Herod was seeking to kill…

Come to think of it, it had to be a scary trip, maybe the scariest road trip experience of all time. Yes, there was an aging and jealous king trying to eliminate a potential threat to his throne, but it wasn’t just Herod who wanted the baby dead. Paul reminded us in Ephesians 6:12 “For we do not wrestle against flesh and blood, but against principalities, against powers, against the rulers of the darkness of this age, against spiritual hosts of wickedness in the heavenly places…”

It was not only Herod, but every dark power in this world had to be uneasy, sensing this sudden goodness which was now present on planet earth. Surely every evil force could feel a shudder of its own death knell, and stirred blindly and restlessly, reacting with vague disquiet against God’s work in the world. Against a creepier background than any horror film could conjure up, Joseph took his little family in the dead of night and set out for Egypt.

Behind the holy family, Bethlehem was about to experience the slaughter of the innocents; before them lay a long and uncertain journey to Egypt. Satan has never been omniscient, or surely he would have known who this baby was in advance, and ended the Christmas story at the manger… But the foolishness of God is wiser than the wisdom of evil.

Undoubtedly, throughout the millennia Satan had anticipating the arrival of a coming king, and was ready to do battle with God’s royal emissary and savior. Perhaps, like the Pharisees, he was looking for a majestic, powerful king who would come heralded in glory, ready to fight the Romans. After all, that was how power asserted itself in his domain, so the logical thing would be to sow corruption and evil wherever men wielded it.

Start At The Top

Satan certainly worked hard in the courts of both Judean kings and Roman emperors (and most royal houses throughout history), using ego and treachery to corrupt and contaminate almost everyone who attained a position of strength. Winston Churchill, who was a pretty astute chronicler of history, said “Power corrupts; absolute power corrupts absolutely.”

The devil has been pretty effective at corrupting leaders (he’s still doing it today, even in our hallowed Republic), but Satan did not foresee God’s unusual plan. God chose weakness to confound strength. He heralded not a military kingdom but a spiritual one. Against all logic, He sent humility to oppose power. God chose a frail baby in all humility to end an evil empire based on selfishness and pride; and He sent Jesus to begin a new kingdom based on peace and love. And guess where it starts, the week after Christmas? Look no further than your own heart…

Just like the Holy family, you too are on a journey facing uncertainty and choices. There is a selfish, grasping evil that wants you to fail; yet there is a humble, loving Savior who wants you to succeed. As you consider Christmas and all that really happened around the birth of Christ, remember why he came and the person to whom it matters the most: YOU.

Forced to flee in the dead of night,
Joseph had disturbing dreams
Which warned him that they must take flight
From Herod’s mad and murderous schemes.
Commanded by his jealous word,
Assassins through their village crept,
And performed their duties undeterred
As mothers wailed and fathers wept.

But Herod’s minions missed the mark,
As Joseph took his wife and infant son
Traveling hard to safety in the dark:
Their long and dangerous journey had begun.
And every evil power on this earth
Was restless as it sensed this new-born king,
Uneasy since the announcement and the birth,
Uncertain of the changes it would bring.
The powers of darkness felt the child’s great good,
Felt the Spirit around him as it flowed,
And stirred to end this danger, if they could,
From the family alone, out on the open road…